When children do something praiseworthy, it’s easy to tell them, “You’re so smart!” But what about when they fail? Does failure imply stupidity? Quite the contrary! Failure, and persevering through it, is actually one of the hallmarks of success! But when we repeatedly praise children for “being smart”, for “getting the right answer”, or for “getting good grades”, we are implying that the outcome (rather than the process) is all that we care about.

In their absolutely riveting book about research-based parenting topics called NurtureShock, Po Bronson and Ashley Merryman touch on a very interesting subject in their chapter, “The Inverse Power of Praise”.

Why Do We Praise Kids for “Being Smart”?

Bronson and Merryman discuss how this idea really took off with the 1969 publication of The Psychology of Self Esteem when author Nathaniel Branden began a movement of belief that self-esteem was the single most important facet of a person. In 1984, California even created a “Self Esteem Task Force” because they believed that raising self-esteem would improve everyone’s quality of life. What ensued was an entire generation of kids growing up feeling entitled because they were constantly and repeatedly told that they were smart. But is this really such a bad thing?

Bronson and Merryman explain how researchers Dweck and Blackwell reviewed 15,000 scholarly articles from 1970-2000 about self esteem, and concluded that having high self-esteem didn’t improve grades or career achievements, it didn’t reduce alcohol usage, and it especially didn’t lower violence of any sort. (Actually, they found that highly aggressive, violent people happen to think very highly of themselves.)

Bronson and Merryman further explain that,

“The presumption is that if a child believes he’s smart (having been told so, repeatedly), he won’t be intimidated by new academic challenges. The constant praise is meant to be an angel on the shoulder, ensuring that children do not sell their talents short.”

But research is actually showing the opposite to be true and that,

“Giving kids the label of ‘smart’ does not prevent them from underperforming. I might actually be causing it.”

Parents mean well when they tell their children that they are smart. They believe in them, and they want them to succeed. But these blanket statements of innate intelligence actually do children a considerable disservice.

Take the example of Carol Dweck’s work. She and her team at Columbia spent ten years studying the power of praise on students in twenty New York City Schools. In one example, she designed and conducted an experiment that clearly shows how a belief in innate intelligence discounts the importance of effort. Here’s an overview of the experiment.

In another experiment, Dweck shows how emphasizing natural intelligence can actually have detrimental effects because it teaches children that if they are “smart” they don’t need to put out an effort. Here is a summary of that experiment:

Teaching Kids That Intelligence Can Be Developed

In this next example, teachers in East Harlem decided to apply Dweck’s research in their own schools to help improve math scores. Here’s what they did:

When children do things merely to hear the praise, they can lose sight of the intrinsic enjoyment an activity can bring. Bronson and Merryman discuss a meta-analysis of 150 praise studies in which they found consistent correlations between a liberal use of praise and students “shorter task persistence, more eye-checking with the teacher, and inflected speech such that answers have the intonation of a question.” They go on to explain how,

“When they get to college, heavily praised students commonly drop out of classes rather than suffer a mediocre grade, and they have a hard time picking a major – they’re afraid to commit to something because they’re afraid of not succeeding.”

Praise the Process Not the Outcome

The solution here is to not stop praising children altogether or to never tell them that they are smart, but rather to be more mindful of the type of praise we dole out. One of the solutions is to praise children for their process along the way instead of the final product.

The other day, for example, I was working with my four year old son on Khan Academy doing some early math problems. Together we watched the instructional videos and then did the practice problems. When he was done with a problem, he got to push a button that would say whether or not he got the answer right. He was always excited to hear that he got the answer right, and I could have only congratulated him when he got the answer right with a, “Good job! You got the right answer!” But instead, I praised him along the way by saying things like,

Another example occurred the other day when my five year old daughter showed me a puzzle she completed. “Look what I did mom!” she said to me excitedly. Once again, I could’ve just praised the end result by saying, “I’m so proud of you for finishing that puzzle! You did such a good job!” But instead, I asked her a series of questions that created a wonderful line of dialogue between us. I said things like,

We had a lovely conversation about the puzzle that didn’t end with her simply being encouraged to do things to get my approval. I want my children to be intrinsically motivated to find the things that are exciting for them, not the things that will get me to praise them.

This is something that Bronson and Merryman touch on as well, and it was something that was taught to me time and time again through my education courses. When I was a teacher, I wouldn’t just walk around the room doling out praise willy nilly to boost kids’ self esteem. I would find specific characteristics about what they were doing to praise. I would say things like,

I enjoy doing this with my children too. It takes a bit more time on my part because I have to really know what they are capable of, what their progress has been like, what their interests are, and how I can articulate all of this verbally, but by praising them in a way that highlights something specific that they did, it really helps to guide them to the next level.

As parents, we want our children to be successful, and we want them to be happy, but it turns out that repeatedly telling them that they are smart in an effort to boost their self esteem is not the best way to do this. By instead praising the process and being specific with our praise, we can help our children to be able to articulate the things that they are good at and the things that they enjoy. Because in the end, our children are not our little trophies to show off how awesome we have been as parents; they are unique individuals who can use our encouragement not to be what we think they should be, but to be whatever they want to be in life. Now doesn’t that sound like a smart idea? 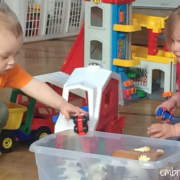 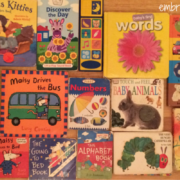 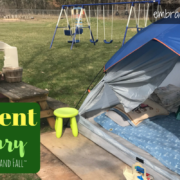 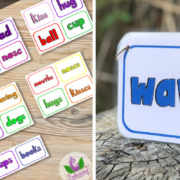 Reflections on a Homeschool Journey from 1987 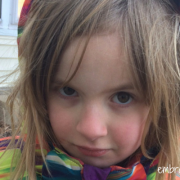 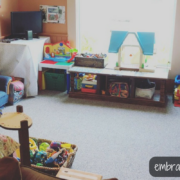 I’m Up in the Night to Nurse My 6 Month Old Every Hour…and I’m... Why We Don’t Make Our Kids Share