The real reason why pregnant women get yeast infections (or any woman for that matter) isn’t really talked about or widely known in laymen’s terms. The same reasons are what also contributes to pregnant women getting gestational diabetes. When I’ve asked the Internet to tell me about this topic, every single blog, website, and article seems to regurgitate the same simplistic information, but I am sick of treating the symptoms of yeast infections during pregnancy without really knowing WHY, and so I set out to find the root cause, and this is what I found. 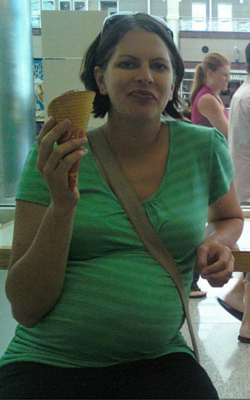 The real reason why pregnant women get yeast infections has to do with these two main factors:

So basically, when pregnant women have poor gut flora and continue to eat large amounts of sugar, it sets up an environment that is the “perfect storm” for yeast infections. If you’d like to explore these concepts further, come and learn with me, but if you’re just “itchin'” for a cure, check out my blog: How to Get Rid of a Yeast Infection While Pregnant.

The Role of Glycogen in the Vagina

The vaginal walls are made up of vaginal squamous epithelial cells that store glycogen. Glycogen is how the body stores small amounts of carbohydrates which are later broken down into glucose and used by the cells for energy. 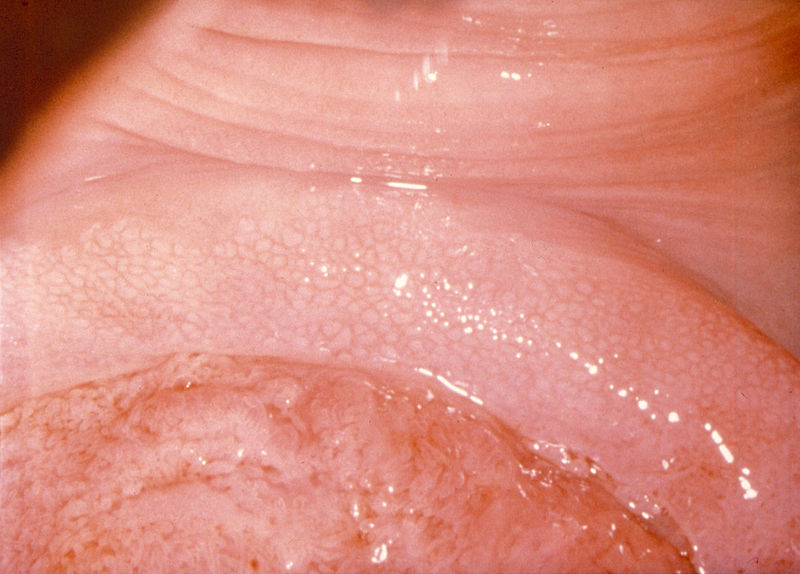 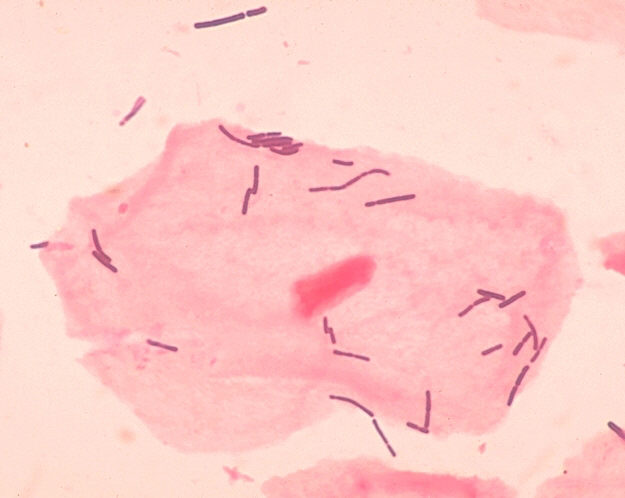 During this process of feeding on the glycogen, lactobacilli produce two byproducts. The first byproduct is lactic acid, which helps to further reduce the pH of the vagina. The second byproduct is hydrogen peroxide, which is also acidic and repels unfriendly vaginal flora, such as candida albicans, escherichia coli, and gardnerella vaginalis (this is why there are natural remedies to cure yeast infections that call for the use of hydrogen perioxide). So basically, the role of glycogen (how the body stores carbohydrates, i.e. sugar) is to feed lactobacilli bacteria, which helps to keep the vagina in its optimal acidic state.

Now, let’s say that more glycogen is being released due to an increase in estrogen, but there aren’t enough lactobacilli bacteria (maybe because a dose of antibiotics wiped them all out or there were just never many to begin with due to poor gut flora) to consume them. What then? Well, what we would have then is a vagina ripe with glycogen, which will be released into the vagina as glucose. So there will be a nice sugary vagina. And let’s see, what likes sugar?

Candida albicans is a fungus, or a yeast, that lives in everyone’s gastrointestinal tract as one of the microbes that aid in digestion. 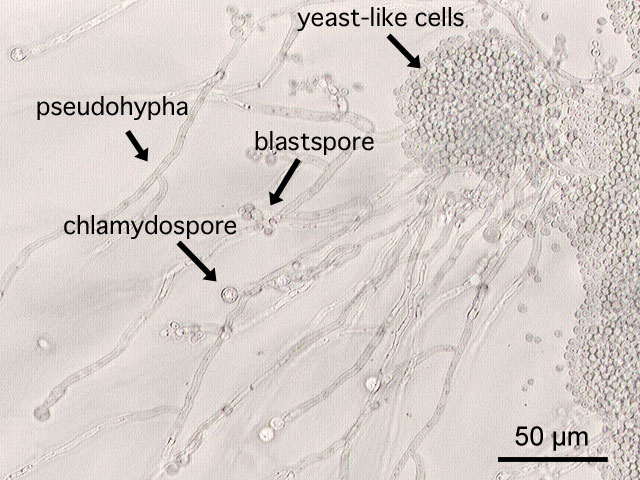 It also makes it’s way into most women’s vaginas via the anus and lives there benignly until it’s given an opportunity to feed voraciously. (Don’t wipe back to front!) When someone takes antibiotics to wipe out a bacterial infection, it also wipes out all of the good bacteria (lactobacilli) too. Poor gut flora can also happen over time due to a diet rich in sugar and carbohydrates.

So without the competition of lactobacilli, candida can feed on the increased glycogen uninhibited, and it can lead to an overgrowth of candida. This overgrowth of candida is what is commonly referred to as a yeast infection. (If you want to learn more about how Candida transforms from a benign unicellular yeast to a destructive multicellular fungus, this is a great article.)

So estrogen is why menstruating women, women on birth control, and women on hormone replacement therapy are more prone to yeast infections, but human placental lactogen (hPL) is why pregnant women (who have more estrogen coursing through their veins than ever before) are even more prone to getting really serious yeast infections that are very hard to get rid of.

hPL is produced by the placenta in a greater amount than any other hormone during pregnancy. Its primary function is to prepare the breasts for lactation by stimulating breast growth and the secretion of colostrum, but it also affects the way that the mother uses food for energy. It does this by decreasing the mother’s use of amino acids (protein) and glucose (carbohydrates) so that it can instead shuttle them over to the growing fetus. It also stimulates the breakdown of maternal fats (lipolysis) which is usually done by Hormone Sensitive Lipase (HSL) when the mother is not pregnant. The mother then uses these fatty acids for energy and saves the glucose for the baby.

Insulin is what allows the cells to use glucose for energy. I like to think of insulin like a parent and glucose as a lost child. Glucose enters the body, but can’t figure out where to go. Insulin comes along, holds glucose’s hand, and leads it into the cells where it can be converted into energy via cellular respiration or stored for later use as glycogen or in fat cells. When too much glucose is in the blood stream over a long period of time, however, cells can start to become resistant to it, and so the body releases more insulin to combat the increasing blood sugar, but over time, the insulin isn’t as effective, and this is what is known as insulin resistance.

hPL makes a pregnant women rapidly become insulin resistant, and the research that I’ve seen is a little foggy on why this occurs. But by the 23rd week of pregnancy, hPL has reached its peak with a 30-fold increase. This increase in hPL can cause an increasing resistance in the mother’s tissue to insulin that can make her blood sugar start to go through the roof.

I feel like the logical explanation is that diet is at least partially to blame for this insulin resistance. If a woman isn’t fat adapted leading up to pregnancy, meaning that she’s not able to easily use fat (including stored fat) for energy, and is instead a sugar burner who can only use the fleeting resources of glucose for energy, then when hPL shuttles the incoming glucose to the baby and induces lipolysis that breaks down fat to be used for energy that she’s not able to use, she feels absolutely STARVING. And then, rather than cook some wholesome bone broth soup, or make some grass fed beef burgers, or even take the time to cook an organic baked potato loaded with butter, cheese, and sour cream, she instead reaches for a bag of chips or treats herself to a milkshake because, “Hey, I’m eating for two, for once in my life I don’t have to worry about gaining weight, and back off because…I’M STARVING!”.

And THEN, the poor hPL surging, insulin resistant, and constantly hungry mother takes her glucose screening test between 24-28 weeks, and if she finds out that her blood sugar is too high, she will have to practically eliminate all sugar so that she won’t get gestational diabetes.

When the mother has high blood sugar that leads to gestational diabetes, her excess sugar enters the baby’s blood stream and forces its pancreas to make extra insulin. Because the baby is getting more energy than it needs, the extra energy is stored as fat, which is known scientifically as “fat” baby or macrosomia. This can cause damage to the babies’ shoulders at birth and lead to an increased risk of c-sections.

Because of the extra insulin produced, newborns may have low blood glucose levels at birth and are at higher risk for breathing problems. (Not to mention that they’ll want to give your baby formula or sugar water at birth which could affect your breastfeeding relationship.) It also makes them more at risk for insulin resistance, obesity, and type 2 diabetes as adults. Gestational diabetes affects up to 9.2% of pregnancies

How hSL Contributes to Candida

Just as an increase in estrogen leads to the increased production of glycogen that leads to a more “sugary vagina”, the hormone hSL does the same thing by leading to insulin resistance which creates higher blood sugar, and once again, a more “sugary vagina” that gives the candida more to feed on. In a vagina that has been stripped of lactobacilli that typically feed on the increased sugar during pregnancy, the candida have no competition and can multiply unchecked until they create an overgrowth known as a yeast infection.

How to Prevent a Yeast Infection

When you get pregnant, just know that you are going to be super susceptible to getting yeast infections and take every precautionary measure that you can to prevent one from starting.

In a nutshell, the real reason that we get more yeast infections while pregnant has to do with our changing hormones, namely the increase of estrogen and the presence and increase of hPL and how they both lead to a “sugary vagina” that becomes an optimal breeding ground for candida, especially when there aren’t any good lactobacilli bacteria to consume the extra sugar.

If you’re pregnant and not experiencing any signs of a yeast infection, just be careful and take preventative measures to assure that you don’t get one, but if it’s too late for prevention, and you already have a yeast infection while pregnant (or think you might), you’ll want to check out my blog: How to Get Rid of a Yeast Infection While Pregnant. Having a yeast infection while pregnant can lead to both you and your baby dealing with thrush, and that is just nasty business. Read my blog: How to Identify and Deal with Oral Thrush in Babies to learn more about this topic. 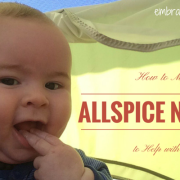 How to Make an Allspice Teething Necklace 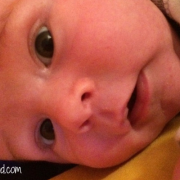 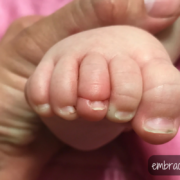 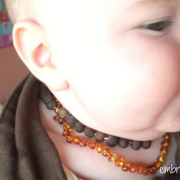 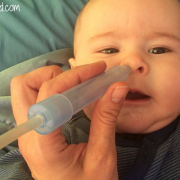 Everything You’ll Need for a New Baby 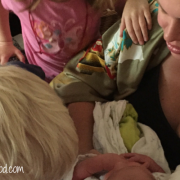 My Number One Priority As a Mom